Everyone remembers those harrowing images of 3 year old Alan Kurdi’s tiny little body being washed up on a turkish beach. A wake up call for many Europeans who, despite the unrelenting bombing and human rights violations occurring daily in Syria, had felt themselves up until that point, so far removed from this modern day tragedy. 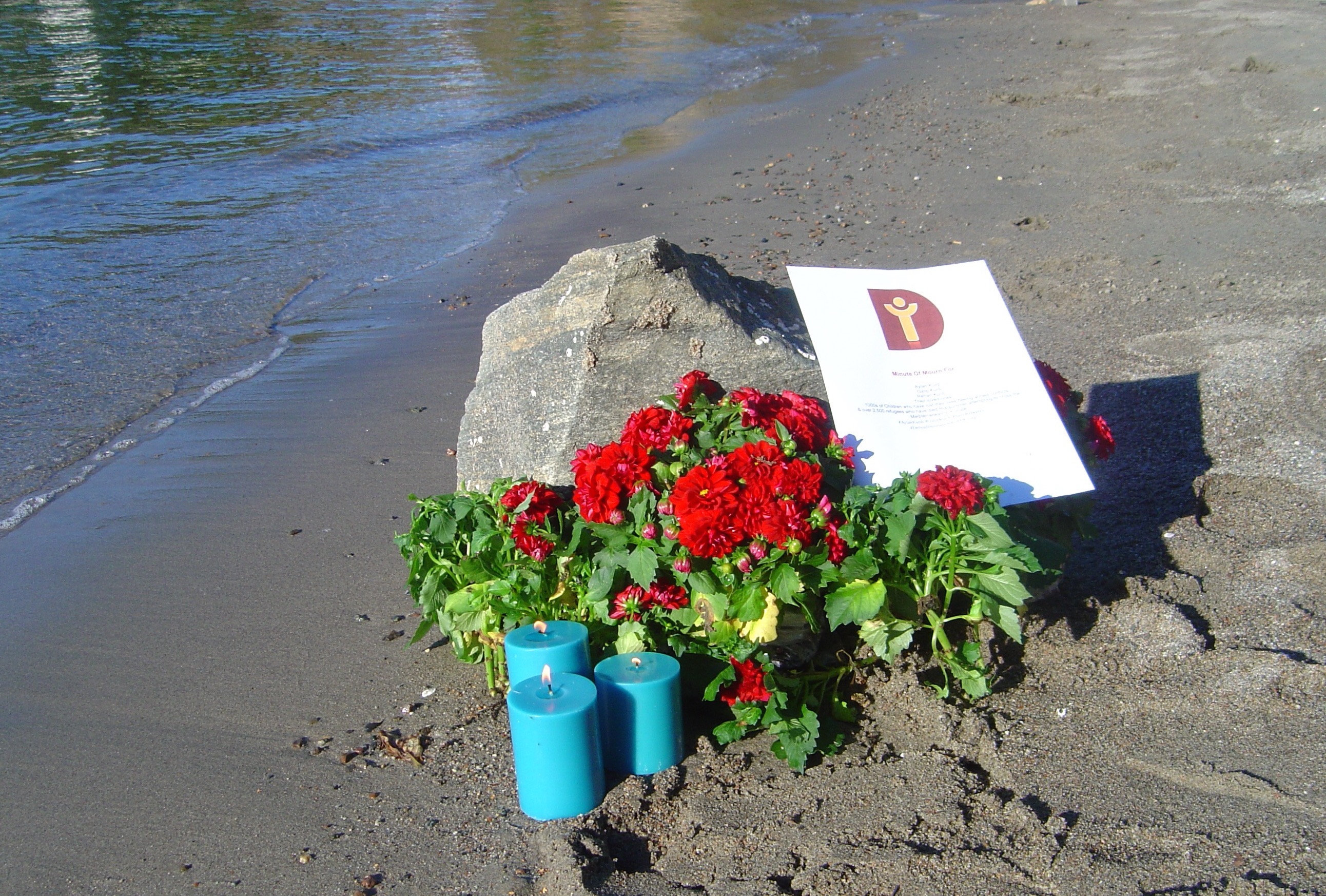 For almost a year now I’ve been privileged enough to spend 1 afternoon a week with refugee children, holding a craft and questions session at their temporary school, next to their temporary home (an old office block). During this year I expected I would be able to help teach the children about life in the Netherlands, but what transpired is that these children have taught ME more than I thought possible.

1. They don’t all come from Syria

After all the news coverage of the horrific civil war in Syria I expected all the children that I would come into contact with to be from this area. However I was totally wrong. Whereas Syrian kids do make up a large percentage of the group I work with (normally between 30-40%) the rest are from a huge spectrum of countries, with the second largest group being from Eritrea followed by Iraq, Iran,  Afghanistan, Macedonia, Turkey and Egypt.

This melting pot of different cultures and languages could make for a highly volatile situation, but these are children remember. They communicate through playing, swapping ideas, and helping each other. Language is secondary at this age. But that’s not to say that they don’t pick up it in an incredibly short space of time.

2. They learn the language super fast

Imagine having your house bombed, losing everything, then being re-homed to a complete different country in which you are expected to start school straight away. Oh and learn a new language. And yet these kids manage it in such a short period of time. Within weeks these children know basic words and after a couple of months the dutch conversation really flows. In fact many of them can sniff out my english accent a mile away and either start conversing with my in my native language or start giving me grief about why my dutch isn’t better after living here for so long ( in my defence it’s only been 4 years!!)

3. The asylum process is long

It appears simple. You flee your homeland because of war or fear of persecution. You get yourself to a safe country, tell them your story and trust that they can help you. But this is just the beginning. As part of working with the children I was expected to take part in a course covering the basics of the Asylum Procedure. If after the first 14 days of arriving in the Netherlands they get an ‘asielvergunning’ that means they are able to stay in Netherlands and apply formally for their right to stay here. This process can take up to a year, sometimes even longer, and during this time refugees are moved to a ‘central asylum seeker centre’, buildings that used to be prisons, convents or office blocks, and wait for their application to be approved. Or not in some cases.

A short video (in dutch) explaining the asylum procedure

4. Not all children are poor

It always angered me when people would judge those refugees crossing borders, climbing fences, and trying to board lorries who were pictured with mobile phones in their hands. It would always be the same comments ‘Well it can’t be that bad if they still have their mobile.’ Like fleeing your country which is in the midst of the worst civil war the world has seen, and poverty should go hand in hand. If the Netherlands was suddenly bombed now many of us would try our best to grab a handful of our possessions, including a mobile, which may be are only link to the outside world. Quite a few of the older Syrian children that I come into contact with have phones (though they aren’t supposed to bring them to school, but somehow they end up in their pockets!!). Some of these kids have family members still living in Syria, and apps such as whatsapp, facebook and insta mean they can still keep in contact.

Before the war, Syria was a bustling developing country, with a beautiful mix of old and modern buildings. The people who lived there had a wide variety of jobs, such as engineers, doctors,  and teachers. They even had shopping malls! Their home situations can be said to widely differ from those coming from 3rd world countries, such as Eritrea. 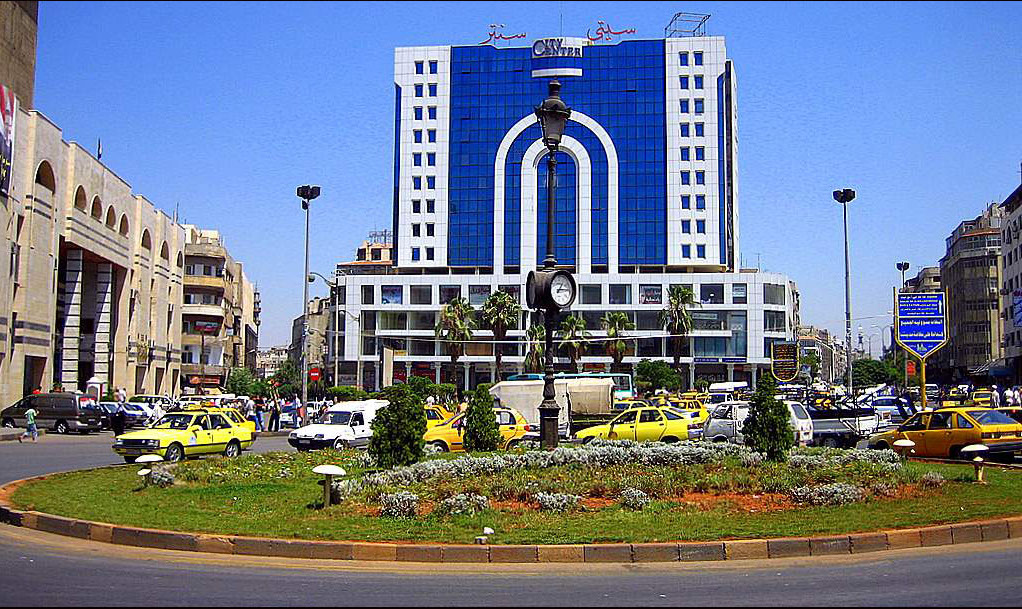 Al-Shuhadaa Square in Syria before the war 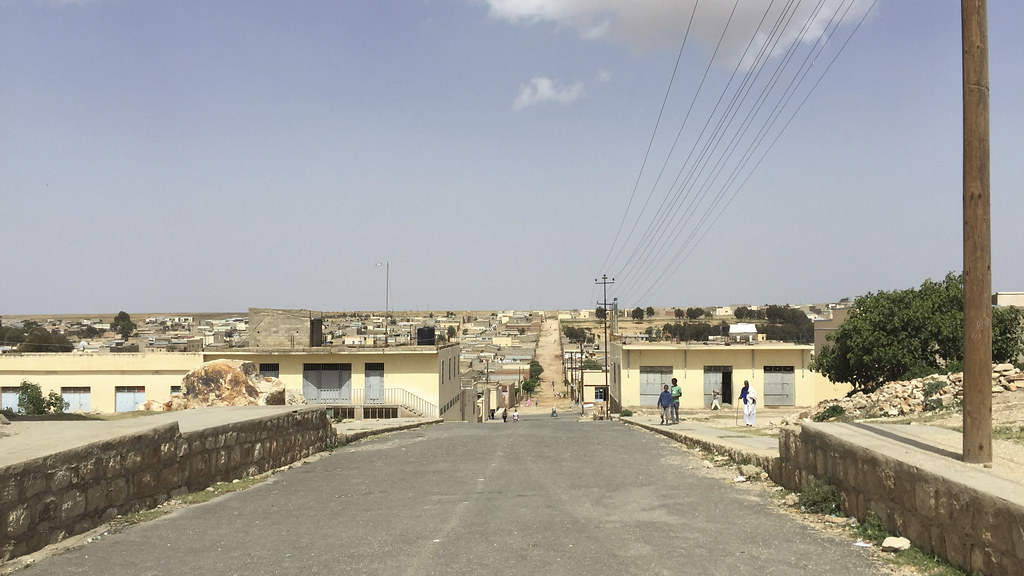 A snapshot of Eritrea

Most of the children coming out of Africa have spent a long time in different refugee camps and many have clothing not suitable to the cold dutch winters. These kids you see wearing thick socks with flip flops rather than a sturdy pair of boots and jumpers two sizes too big or small (you take what you can out of the charity shop pile).

But as in all walks of life there will always be a divide between those who have money and those who don’t, refugees are no exception. And what it makes you realise is that money doesn’t count for much when you are fleeing for your lives.

5. They are incredibly grateful.

In a world where we try to give our children everything we can, whether that be the latest gadget, the best trainers or amazing experiences or holidays, sometimes gratitude can be lost. And that’s not a slight on parenting styles or a dig that Westerners spoil their children too much, just an accurate observation.

These children walk into our class on a tuesday afternoon with the biggest smiles on their faces. It’s not a compulsory lesson, they can speak whatever language they want, and they just get to be kids and have fun with the limited resources available to them.

These children are told that Sinterklass (the dutch version of Santa) is not real, it’s a myth, because they will be receiving no presents on December 5th like other children all over the Netherlands. But does that dim their smiles? No, they are so happy to be able to take part in the festivities, dance around to all the songs  and make miniature versions of Piet & the Sint to take home. They are just so grateful to be here.

When the commercialism of the holidays seems overwhelming, it’s nice to be reminded that for some children this Christmas, and not just refugees,  having a roof over their heads and a place to learn and just be a child is more than enough.